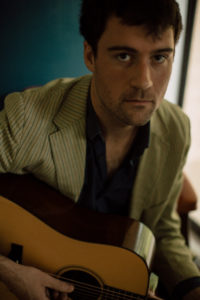 Nashville-based guitarist Jordan Tice is emerging as one of the most exciting young artists on the American roots music scene. He has worked as a sideman to legendary performers like guitarist Dave Rawlings, banjo virtuoso Tony Trischka, folk-rocker Michelle Shocked, and comedian Steve Martin. In addition to his solo and sideman work he is also a part of the instrumental supergroup Hawktail, which features members of The Punch Brothers and Crooked Still.

Jordan has released four solo albums of original music to critical acclaim. His latest, Horse Country, features his singing and songwriting in addition to his renowned instrumental-writing and guitar-picking skills that call to mind the music of Roger Miller, John Hartford, and Norman Blake.

Jordan has toured throughout the US, Europe, and Australia and has been featured on Live from Here (formerly Prairie Home Companion). He’s performed at festivals including the Telluride Bluegrass Festival, Grey Fox Bluegrass Festival and the Strawberry Music Festival and is currently recording a new solo fingerstyle-guitar record of songs and instrumentals. It will be produced by Kenneth Pattengale of the Milk Carton Kids and is scheduled for release in 2020.